You're gonna love this stunning and scrumptious pull-apart bread as a New Year's breakfast or brunch treat! Drenched in a thick coating of heavenly pumpkin pie spice glaze, the flaky buttermilk biscuits of this incredible bread are pulled apart to savor a luscious pumpkin pie spice filling!

It's pretty easy to make, and you can prepare it a day or so ahead if you like. 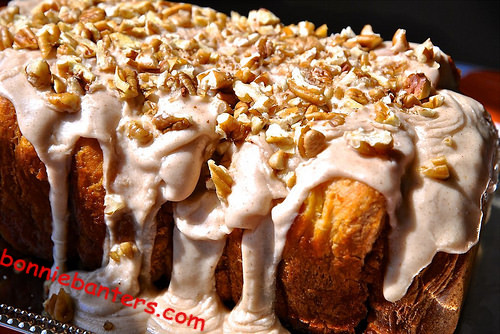 It's Just So Haunting!

A while back, I promised my favorite cranberry sauce... without further ado, I present to you My Easy, Traditional Cranberry Sauce with A Very Special Twist!  So what is this special twist?   I discovered it's fantastic with zested tangarine!  If you have a difficult time finding tangarine, it's still wonderful with zested orange.

I know you and yours will love this easy, dependable and delightful version of traditional cranberry sauce as much as we do! 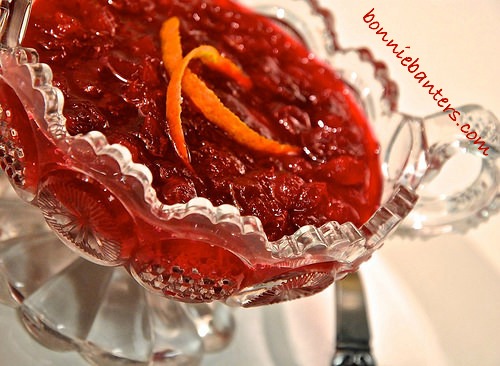 With A Little Twist!


I don't care for gory Halloween decorations and treats, so I fell in love with these adorable and scrumptious spooky white chocolate-coated pretzels when I first saw them on the internet.  I had so much fun making them with my grandson!  We chose to use chocolate chips for the eyes, rather than the candy eyeballs as suggested in the original recipe; however, either are truly cute.

I love how easy these delightful and delectable ghosts and ghouls are to make, and you will too.  Plus, who doesn't love sweet and salty! 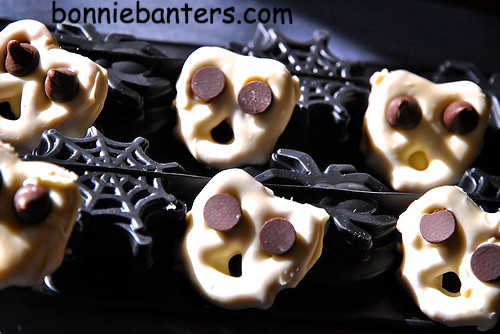 They're Gonna Gobble Us!

I made this marvelous, uncomplicated peanut butter cake for my peanut-butter-loving son-in-law's birthday a while back.  Referred to as a blue ribbon cake, it is indeed a real winner!

Terrific as a take-along cake to gatherings any time of the year, you'll be sure to glean rave reviews when you put this dessert on the table!  Not long ago, in the middle of my move, I promised the recipe for this delectable cake.  So, without further ado, I present to you a very anticipated luscious peanut butter cake...

All About Peanut Butter, This Cake Is... 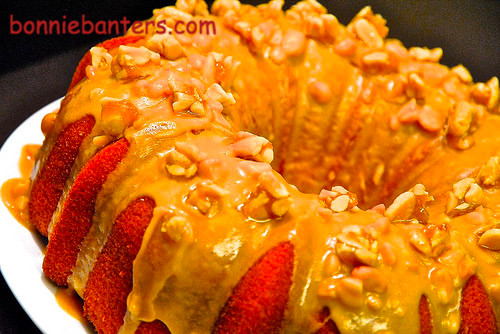 Easy enough for kids to make, this is a great way to get them involved in their own snacks and away from the electronic devices!  Best to keep these delectable bars in the back of the fridge, as they are just too tempting (for all ages)! 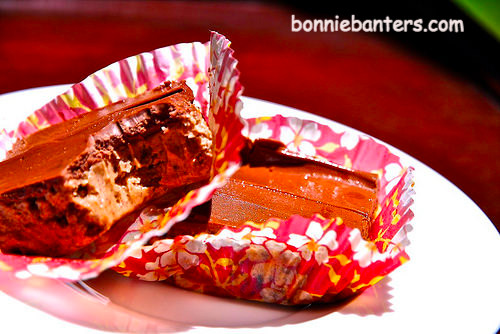 They're Just Too Irresistible!

My son recently ordered a custom smoker.  We thoroughly enjoyed being his guinea pigs for all the marvelous goodies he's so passionately produced on that smoker (which I dubbed "Ye Ole Smokey")!  Our first tasting was the Mother's Day cookout.  It was so great, the guys asked to be reinvited for more smok'n on Father's Day.  All this in preparation for a huge cookout in June with a Dallas TV show theme.  Everything that came off that smoker was unbelievable!  Hats off to my son, "J.R.," the Pitmaster!

My take-along dish Father's Day was this fantastic, crunchy veggie salad, which I'd been tempted to make for some time.  Well, I can tell you that it was a big hit, for those who were okay with a little raw onion, that is...read on!

Fresh and Ready To Be... 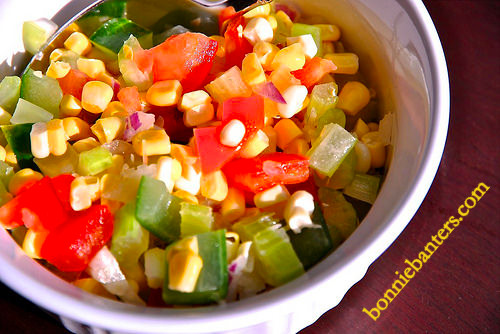 There are two things I would normally avoid like the plague...doughnuts* and pizza.  But now, with this BLT Salad Naan Pizza, I can indulge without guilt!

Satisfying without being heavy, this pizza is so easy, it can be enjoyed when you need something in a hurry.  It's delicious warm pizza style or cold folded into a wrap.  I love either with sliced grape tomatoes or sun-dried tomatoes.  The spicy piquancy of the blue cheese and the slight tanginess of the creamy goat cheese offer an intriquing combination of flavors. 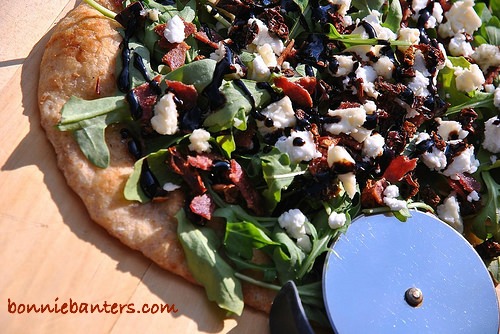 Envision succulent grapes enrobed in a luscious cheesecake cream with the added texture of lightly toasted, chopped pecans and crowned with a crunchy gingersnap crumb topping.

Is it a side dish or a dessert...I'll let you decide.  You know we Southerners love our sweet side dishes...so, naturally, we would serve it as a side...or, a dessert.  If I take it to a gathering, I'm just gonna put it on the table with all the other sides.  I tell you what, I'm just going to call it a dessert.  All I know is that it's absolutely delicious and satisfying...so much for that!

I was intrigued when I saw Trisha Yearwood making her grape salad on the Food Network.  She said everyone looked forward to it at get-togethers.  I'd never heard of a grape salad before.  When I made it; though good as it was, I decided it needed more complexity in texture.  After much thought, I decided to use more pecans (and toast them), all in the filling.  Then, I crowned the dish with a gingersnap crumb topping.  Va-va-voom...right on spot!!  It was perfect!  Now, I love it, along with everyone else!

Grapes Smothered In Cheesecake Cream, Who Wouldn't Love That! 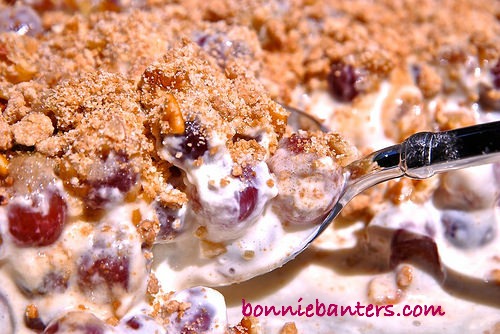 But, Add Toasted Pecans and A Gingersnap Crumb Topping...Wow!

I make it with prepackaged deli turkey and my daughter's amazing pimento cheese from Paula Deen's recipe! 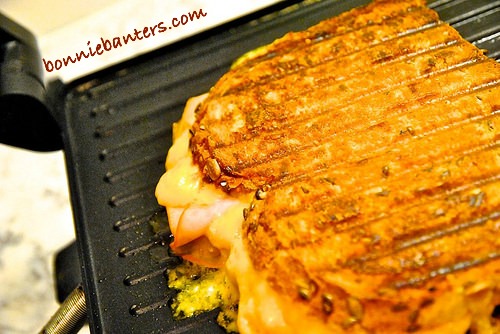 Not Sure I Can Wait For It To Cool! 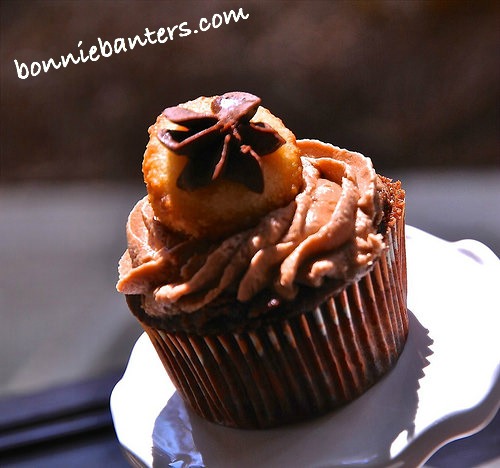 Go ahead, take advantage of any sales on avocados and buy all you want, ripe or unripe*...you'll never have to worry about your avocados going to waste again!

A while back, I posted a good way to save leftover avocados (How This Avocado BLT Stacks Up).  However, I have since discovered an even better way; and I've been using this method successfully for a while.

Simply, it's freezing the avocados!  I explain the method below...easy peasy! 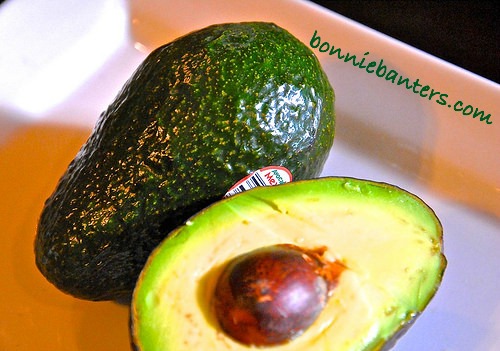 Now I Can Have All I Want!

You know those little bits of cheese that just ooze out of your sandwich onto the grill...I, with great anticipation, just scoop them up and devour them!  Bet you do too!  So, it occurred to me...why not just intentionally make them in larger pieces!

These delectables are easily made with a panini press.  I'm sure other grill presses would work well too.

I experimented with some different kinds of cheese.  Of the three types of cheese I tried, the Parmesan and Mozzarella were the favored ones.  The Parmesan crisps, naturally, have a delightful tangy flavor and the Mozzarella crisps have a more mellow flavor.  I also tried mixed Colby and Jack cheeses, and they were good.  Enjoy these crunchy bites as an appetizer, soup or salad topper or simply as a snack!

I'm curious what type(s) of cheese you would try to make these crisps? 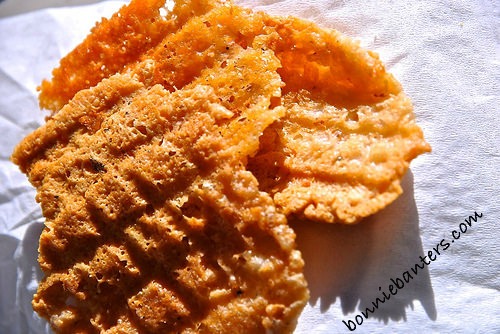