If you want a little different side for Turkey Day this year that still seems "Thanksgivinish", this is such a super easy and super good dish!  More like a dessert, Southerners generally serve pineapple casserole as a side dish, much like a sweet potato casserole is served.  It also makes an awesome take-along dish!

I also experimented with using fresh pineapple; however, the canned pineapple just works better in this recipe.

This pineapple casserole is great warm or cold.  I've had it for breakfast...speaking of which, it would be fabulous for brunch!  And you know me...I also like it with whipped cream! 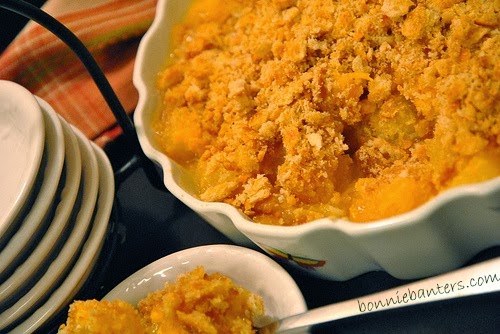 Whipped Cream with That?

Brought in by the recent rain, the cooler temperatures created a craving for a good oven barbecue.  I just drooled when I saw Bea's beautifully glazed drumsticks on her blog Küchenzaubereien, and I knew this enticing dish would satisfy my barbecue craving!

A real crowd-pleaser, you'll love how easy this delectable oven barbecue is.  These mouth-watering drumsticks make a terrific family dinner, take-along dish or snack...just be prepared that your diners will be grabbing them up before you can serve them! 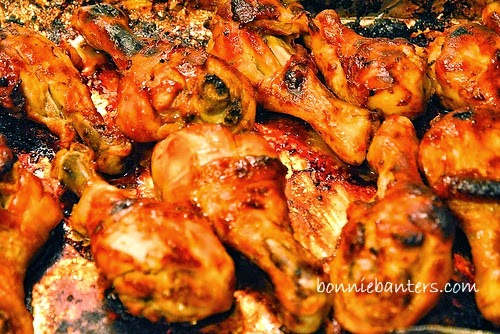